Me, Myself and I AM 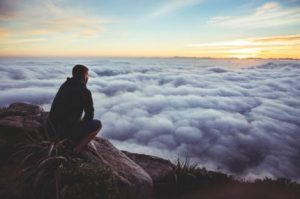 Dearest Brothers and Sisters:  Greetings!  May God’s grace, love, peace, joy and protection be ever upon you all.  Let me start by saying, “Praise God!  Praise God!  Praise God!  Amen and Amen!”  It feels so good to praise Him.  Hallelujah!  I love the Lord so much, for He is all mighty and everlasting.  I am truly blessed to report that after many months of separation (due to my solitary confinement in Maine), I was finally reunited with my two eldest children this week.  I was able to visit with each of them individually for several hours.  God Is Great!  Yes, He Is!  Amen!  I knew from the beginning of my situation when I turned myself in that I would be railroaded.  Thus, my heart was heavy when I was transported from Massachusetts to Maine in 2012.  I remember thinking that I may never see my beloved home state again, for I knew that my color would be a huge factor in my case.  Tears streamed down my face as I pondered the possibility of never returning to my place of birth again.  But, you see, I did not know or trust the Lord then.  I was only just beginning to connect with Him.  Nothing in this or any other world can thwart God when He has a plan.  God meant for me to return home and so here I am.  It is true I am still in chains, but nevertheless, I am home. END_OF_DOCUMENT_TOKEN_TO_BE_REPLACED

I Am Just A Man

Acts 23:11-12  But the following night the Lord stood by him and said, “Be of good cheer, Paul; for as you have testified for Me in Jerusalem, so you must also bear witness at Rome.”  And when it was day, some of the Jews banded together and bound themselves under an oath, saying that they would neither eat nor drink till they had killed Paul.

Dearly Beloved,
May the peace, love, joy and grace of our Lord be ever upon you.  Times have been rough for me spiritually and emotionally lately.  I have been struggling with doubt – not of God, but of man.  Those of you who have been following my situation have heard that I have been wrongfully convicted of horrific and tragic crimes.  Race was injected into my trial.  I was stereotyped and mislabeled.  The prosecutors and police tampered with evidence and witnesses.  I filed for a mistrial and the courts stalled me for over a year.  Now, all of a sudden, they are rushing my appeal.  To my knowledge, they only rush an appeal when they intend to deny it.  Such usually happens when a person or persons with great political power pulls strings.  Now, I’m no martyr; nor am I seeking sympathy by claiming to be a victim.  The facts are the facts.  What took place during my trial was nothing short of a modern day lynching.  Questions like, what color the people are where I am from, had no relevance whatsoever.  They were posed solely to prejudice the jury.  The suggestion, that a white man wouldn’t need to carry a gun because he is white and around white people, is also clearly and undeniably racist and meant to prejudice the jury.  Yet, I was denied a motion for a mistrial and by the looks of it, I may be on the fast track to being railroaded on my appeal.  Notice I said, “by the looks of it.”  The truth is, I have no way of knowing what the outcome may be.  My fears, though based on experience, are not necessarily valid.

Now, you would think that after all that God has done for me, after the miracles I witnessed and prayers He has answered, that my faith would be bulletproof.  Paul actually witnessed and spoke to Christ, yet he continued to question the Lord.  Why, he doubted whether or not he would even live moment to moment.  The Lord constantly had to remind Paul that He was with him, that Paul had a purpose to fulfill and his time to die had not yet come.   END_OF_DOCUMENT_TOKEN_TO_BE_REPLACED 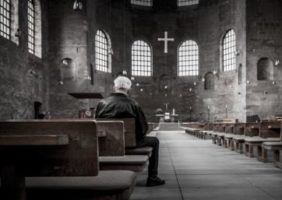 Dear beloved brothers and sisters,
I went to church services for the very first time at the new facility I am in last night.  It was a very warm and welcoming place. It is ornate and built to be acoustical.  For the first time in nearly four years, I felt a nostalgic connection to a place of worship.  I got the warm and fuzzies as I reconnected with memories from my childhood.  I instantly felt at home.  Church is my very favorite place to be.  There is nothing more pleasant or uplifting than communing with others in the name of the Lord.  As always, the Spirit moved me and I was compelled to speak at the end of service.  You see, I had surveyed the room and found some sad faces and heavy hearts about.  Those looks inspired the kindling of spiritual fire inside of me.  I said, “I know times seem bleak right now, my brothers, but this is not the end for you.  This is only the beginning of a miraculous transformation.  Your incarceration does not have to be negative.  To the contrary, God can use your situation to uplift and inspire others.  That is, if you let Him.”  I saw a glimmer of hope begin to shine in some of their eyes.  I could tell that what I was saying registered in some way with some of them. END_OF_DOCUMENT_TOKEN_TO_BE_REPLACED

We All Have Ups And Downs 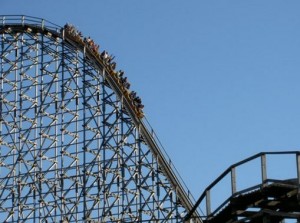 Dear beloved brothers and sisters,  May God’s peace, mercy, blessings, glory and love be ever upon you.  Have you ever heard the saying “What goes up, must come down”?  For every high there is a low and vice-versa.  Nowhere in the Bible does it promise us heaven on earth.
Read Luke 3:16 – John answered, saying to all, “I indeed baptize you with water; but One mightier than I is coming, whose sandal strap I am not worthy to loose. He will baptize you with the Holy Spirit and fire.”
We all, as Christians, must be baptized with fire.  The lows we face are like that fire.  It is only our faith which prevents us from being consumed by the flames.  True faith can stand up to anything this world throws at us.  Just look at our brothers and sisters in France and Belgium who continue to remain steadfast in their faith in spite of the evil carnage inflicted upon them by ignorant and savage minions of the devil.  The terrorists who seek to inflict fear only strengthen true believers.  May we all learn from those who endure such, for it is proof of God’s everlasting glory.

Nowhere in the Bible does it say that it is easy to be a Christian.  In fact, it tells us repeatedly that ours is a narrow path teaming with persecution, strife and pain.  I dare any of you to show me where it says that life on earth will be easy for a Christian.  I promise you that it never does.  Read it for yourselves.  Jesus said that we must forsake all and follow Him. END_OF_DOCUMENT_TOKEN_TO_BE_REPLACED