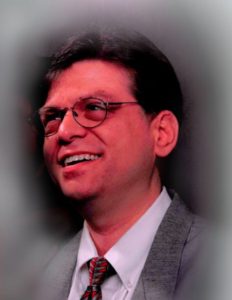 John 14:1-4  “Let not your heart be troubled; you believe in God, believe also in Me. In My Father’s house are many mansions; if it were not so, I would have told you. I go to prepare a place for you. And if I go and prepare a place for you, I will come again and receive you to Myself; that where I am, there you may be also. And where I go you know, and the way you know.”

Dearly Beloved:
May God’s peace, comfort, glory, and light be ever upon you.
It is with a deep and heavy heart that I must report to you that one of the most decent human beings that I have ever met has died today. My dear brother, mentor, friend, and pastor Tom Shuford has gone to be with the LORD. I found out not twenty minutes ago. I am thankful that he is no longer suffering and happy that he is with the LORD, but that does not stop my heart from hurting nor prevent me from feeling his loss. I miss my brother. He was one of the kindest and gentlest souls that I have ever met. His bravery and strength was a wonder to me. The LORD sent him to me in my darkest hour.

In April of 2014, the Lord blessed me with Tom’s presence for the first time. It was one month prior to the beginning of my triple murder trial. I knew that I would be going in front of an all-white jury, in a city that was not my own, clothed in brown skin, and labeled a drug dealer. I didn’t stand a chance and I knew it. I was nearly five hours away from home with no one there to support me. My faith in GOD was strong, but I would be lying to you if I said I was not lonely and frightened. And then came my brother, Tom. I knew instantly he was a GOD-send. His body was frail, but his spirit and strength were absolutely remarkable. I am reminded of a saying which was passed on to me, “Sometimes GOD calms the storm. Sometimes He lets the storm rage and calms His child.” When I met Tom, I was in the midst of a terrible, raging storm and GOD ALMIGHTY sent Tom to calm HIS child. THANK YOU, JESUS! HALLELUJAH! PRAISE HIS NAME!

My life was never the same after I met Tom, nor shall it ever be the same now that he is gone. Nearly four years after we met, he is gone. My brother Tom had been battling several chronic ailments for over thirty plus years of his life. He fought hard. He fought valiantly. He held his head high throughout and I never heard him curse or say an unkind word about anybody. His wife who was by his side for nearly twenty years, was there when Tom fought the last of the battle. She told me he remained brave until the very end and insisted that the doctors do all they could to keep him alive. Tom was not scared of death. NO SIR! For he was a true believer and soldier of the LORD! It was not for fear that he did not want to die, it was so he could continue to serve the LORD by ministering to people like me. You see, even though he was sick and suffering and he knew he would be with the LORD when he died, he wanted to stay here as long as he could to help the LORD save the LOST souls. AMAZING! THANK YOU FOR TOM JESUS! The LORD in his grace and mercy said: “ENOUGH MY SON, IT IS TIME TO COME HOME WITH ME.” And bring him home he did. No more suffering. No more pain, my brother. LORD knows I miss you, Tom. I pray I blessed you even half as much as you blessed me. Thank you for loving a wretched sinner like me. Thank you for your kinship and kindness. Thank you for believing in me. Thank you for fostering and mentoring me. I have so-called friends and family that knew me my whole life and never showed the kindness, generosity, nor dedication that Tom did.

I have been writing a book about Tom and me. I vow to finish and publish it. I want the whole world to know how special Tom was. I vow to pick up his mantle and serve the LORD in his honor. This website and ministry would not have happened if Tom was not the instrument of the LORD that he was and still is. He touched so many people. He served faithfully till the end. On Monday the 26th of March 2018, he went to a prison to preach the gospel one last time. He was sick, but he still went. A few hours later he went to the hospital where he died the next day. I wonder how many of us will be able to say that we served the LORD till our dying day? Tom, my brother, thank you for being an example to us all.

I would love to write more, but my tears won’t let me right now.
I dedicate this song to my dear brother in Christ.

May GOD bless and keep you! May your heart be pure!
May none of us ever forget Tom Shuford!
Love In Christ,
Randall Daluz