I Thessalonians 1:8  “For from you the word of the Lord has sounded forth, not only in Macedonia and Achaia, but also in every place. Your faith toward God has gone out, so that we do not need to say anything.”

Greetings and blessings to you, my brothers and sisters.  I pray that the Lord’s peace and prosperity are presiding over you.  I send my love to each and every one of you.  You are all in my prayers daily.  I am overjoyed today because I have just realized that the site has been up for 13 months now.  Praise God!  As I ponder this, I am reminded of Mark 16:15 “And He said to them, ‘Go into all the world and preach the gospel to every creature.'” and Psalm 67:2  “That Your way may be known on earth, Your salvation among all nations.”  That is the mission that God has given to all of us.  We must preach the gospel to the whole world.  And, with this site, I and my brothers and sisters are doing just that.  Hallelujah!  I thank all of you and I ask you to join us in spreading the gospel.  Tell everyone you meet about the Good News Gospel.  Spread the word!  You can even do so online by sharing this site with others or messaging and emailing scriptures.  I try to incorporate the Good News into every conversation I have.  Sometimes we do so just by our actions.  When we walk upright, people can see the glory of God in us.   END_OF_DOCUMENT_TOKEN_TO_BE_REPLACED 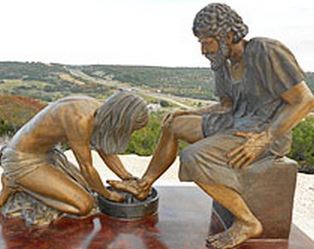 John 13:12-17  So when He had washed their feet, taken His garments, and sat down again, He said to them, “Do you know what I have done to you?  You call Me Teacher and Lord, and you say well, for so I am.  If I then, your Lord and Teacher, have washed your feet, you also ought to wash one another’s feet. For I have given you an example, that you should do as I have done to you. Most assuredly, I say to you, a servant is not greater than his master; nor is he who is sent greater than he who sent him.  If you know these things, blessed are you if you do them.

Dear Readers, As you have read from the scripture at the beginning of this post, we are called to serve.  Even the mighty King of Kings bowed down and humbled Himself in service.  One of the lowliest jobs a servant or slave could perform at the time John 13 was written was the washing of guests feet.  People wore sandals then and their feet were often filthy from walking.  When the guest was considered important or honored, the lady of the house would humble herself and do the task herself as a sign of great respect.  It was unheard of for a King to perform such a task, let alone the King of all Kings, the Lord God.  Jesus has always led by example.  He came to earth – not with a crown of gold, dressed in fine linen.  No sir!  He was incarnated as an ordinary human being.  He grew up as a common laborer.  He was born in an animal pen, not a palace.  The most powerful being in existence lived a humble life as a lesson to us.  There was nothing remarkable about Jesus, the fleshly man; but spiritually, He was and is beyond measure.

As I sit here on my 40th day in state prison (all of which has been spent in solitary confinement) and I read how humble the Lord is, I feel compelled to serve Him even more.  I have been teaching what I can out in the recreation cages which I am allowed in for one hour a day.  I have also been spreading the gospel through my cell door and of course, writing this blog, but it is not enough.  Indeed, the worst part about being in solitary is not being able to help more inmates; not being able to fellowship and attend church.  It has caused me great despair and sadness.   END_OF_DOCUMENT_TOKEN_TO_BE_REPLACED 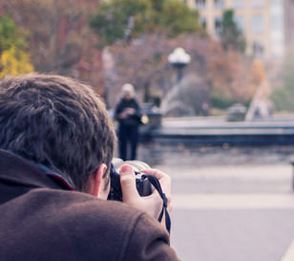 Matthew 21:21-22  So Jesus answered and said to them, “Assuredly, I say to you, if you have faith and do not doubt, you will not only do what was done to the fig tree, but also if you say to this mountain, ‘Be removed and be cast into the sea,’ it will be done. And whatever things you ask in prayer, believing, you will receive.”

Dear Readers, The Lord can bring you into focus.  So much of our lives are unfocused and undisciplined when we are not focused on God.  How many times have you had a great idea for a business or a job you wanted?  Maybe when you were young you wanted to be a doctor or lawyer. Maybe you wanted to own a certain home or visit another part of the world.  Many of us had dreams that we never realized.  Why?  We lack focus.  We lack faith.  We lack the ability to believe in greatness.  We lack a proper relationship with God.  The Lord says, “Seek ye first the kingdom of God, and his righteousness; and all these things shall be added unto you.” [Matthew 6:33]  You see, our life on earth is school.  We are here to learn.  When you deeply study the Word, you realize that everything that God does is meant to teach us.  By focusing on Him, we learn how to have faith and belief.   END_OF_DOCUMENT_TOKEN_TO_BE_REPLACED

Created To Love And Worship 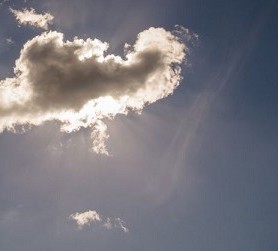 Romans 8:18-21  For I consider that the sufferings of this present time are not worthy to be compared with the glory which shall be revealed in us.  For the earnest expectation of the creation eagerly waits for the revealing of the sons of God.  For the creation was subjected to futility, not willingly, but because of Him who subjected it in hope; because the creation itself also will be delivered from the bondage of corruption into the glorious liberty of the children of God.

Dear Readers,  We were created out of love.  We were made to love our Creator and each other.  We are meant to worship our Father, GOD, Who is the Creator of the entire universe.  We were meant to be one with God and each other, but our choice to sin created a schism that caused us to be separated from the Lord.  Some of you may be on the fence when it comes to God and Christianity.  In fact, some of you who are reading this may not believe at all.  Perhaps you are just curious and that curiosity brought you here.  Curiosity is good.  God gave it to us to inspire us to seek and find the truth.  Like any loving parent, He enjoys watching us discover.  You may be skeptical and think it quixotic to ponder God or His purpose for us. END_OF_DOCUMENT_TOKEN_TO_BE_REPLACED