Letter To A Southern Baptist Church 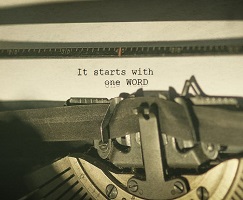 Dear beloved brothers, sisters and valued friends.
Let me start by offering you all a very sincere apology.  It has been too long since I have written.  I am in the middle of my second appeal.  I have been working very hard on proving my innocence and exposing the corruption of our broken justice system.  A very well respected and well known legal scholar has written about my case and the poor job my ex-lawyer did defending me.  It has set the legal world abuzz and could lead to the case being overturned – only by GOD’s mighty grace!  I feel Him working on my behalf.  More importantly than going home, I want to expose the racism and corruption and bring it from darkness to light.  Doing so is my duty as a Christian and an American; for by preventing others from suffering what I and countless others have experienced, l am following my LORD’s command: Love thy neighbor as ye love thyself.  People are getting lynched in the courtrooms of this country.  They are being brutalized by corruption, degraded by hate and hung by injustice.  Our brother Martin Luther King said “An attack on justice anywhere is an attack on justice everywhere.”  Amen!  Too many of us Christians sit idly by and watch what we know is wrong in silence.  And in so doing, we become accomplices to satan and his evil schemes.  It is not only people of color that this is happening to.  Poor white brothers and sisters are being lynched too.  Class-ism has always been one of the many vile faces of racism.

I encourage all our brothers and sisters to become proactive in this matter.  Our goal is to be the LORD’s ambassadors and bring His offer of salvation to all unsaved souls.  Can you imagine how many of these forgotten people in prison would realize the reality of GOD’s salvation and love if they saw Christians championing their cause in the legal system?  The LORD has put it on my heart that I must try and present a bill to Congress that will make our justice system a lot more fair and balanced.  He came to me in a dream and told me that I need to push for a law which would hold law enforcement officers and prosecutors accountable if they are caught rigging cases by doing things like planting evidence or lying and tampering with witnesses.  You see, currently no such law exists.  They don’t get in any trouble at all for fixing cases.  Some of them take bribes.  They receive promotions and political favor based on their number of convictions.  The more sensational the case, the more notoriety and favor it brings.  They have immunity and thus act with impunity without fear of consequences.  They inflate evidence and tell lies to the media to hype and bolster their unlawful cases.  Many innocent people are in prison as a result.

God wants me to speak up and ask that any person caught purposely corrupting a case to further their aspirations should be tried and if found guilty, they must serve one-third of the sentence imposed on a wrongfully convicted victim.  Those who caused someone to wrongfully be sentenced to life in prison must serve a mandatory minimum of twenty years.  Faced with such consequences, I believe it will weed out the corruption in our system and restore its integrity.  It will separate the wheat from the tares.  Most victims are people without the money to defend themselves.  Poor people and persons of color are easy targets.  I never dreamed how corrupt our system really is until I became another casualty; yet another poor person of color without the means to hire a lawyer or experts to disprove the false and made up evidence against me.  Someday I will send you all a copy of what they did in my case.  It will both repulse you and frighten you, especially when you realize it was all done to gain power, money and fame.  Yeah, they thought that I was just another unwitting sucker, but they didn’t realize that I have JESUS with me.  PRAISE HIS MIGHTY NAME!!!!  GOD is using me to testify about HIS MIGHTY works!!!  GOD has blessed me with a brain and given me the strength to endure and persevere.  THANK YOU, JESUS!  I LOVE YOU, FATHER!!!!!!!!

HE has blessed me with beautiful people like you to pray for me and support me.  You have no idea how much your cards mean to me.  They may not seem like much but your prayers and support have helped me continue to fight; for they are the manifested love of JESUS!  Hallelujah!!!!  My brethren, if you would like to help to get the law I have explained enacted then you need to talk to your congressmen and explain it just the way I did to you.  All the law is asking for is for the people to have the right to legally hold members of our justice system accountable if they practice corruption.  No upstanding law abiding citizen should offer any resistance.  If law enforcement officials or prosecutors reject such a law then that should be a red flag. There would, of course, need to be special investigators who work independently to handle the investigations and the burden of proof would need to be the same as it is in the courts.  This law could drastically improve our system and lead to huge reductions in wrongful convictions.  I plan to work with legal scholars to help me draft a bill.  I will send you a copy if and when I am successful.

I have also been working with a new disciple named Robert.  He is a great student and he has come a long way.  When I first met Rob, he was sporting a Hitler mustache.  He is from Cape Cod, like me.  He ended up getting stabbed and later beat up in a separate incident.  His mustache caused a lot of racial tension.  GOD put it on my heart to talk to him.  I quickly realized that he was trying to look intimidating, which is a sign of fear.  He was lost and needed to be found.  I love history, especially WW2.  I happen to know a lot about Hitler, so I used it to break the ice.  The color of my skin made it difficult, but after the second attack on him, he shaved his mustache and changed his attitude.  One day, I noticed a bible in his hand and learned that he was interested in going to church, but services are scarce here.  I asked him if he would like to study with me and just like that a new bible study group was formed.  He has accepted the LORD!  HALLELUJAH!!!  GOD IS GREAT INDEED!!!!  We have become wonderful friends and we study twice a week.  People no longer view him as a racist.  So wonderful, isn’t it?  Here I am serving an unjust life sentence given me by a racist system and yet GOD’s love is so healing that I am able to forgive and help a neo-nazi.  HE has taken away my bitterness and replaced it with love.  HE has also taught me through Rob that even racist nazis are redeemable and able to change.

Thank you all for taking the time to read this long overdue and lengthy letter.  Before I forget, I want to ask you to pray for Heather Heyer‘s family.  She is the young lady who was killed in Charlottesville.  I have been to the south and seen the statues.  I understand that folks have been raised for generations to admire and hail the confederates as brave southern heroes.  That is wrong.  Those men were traitors to this nation.  They committed treason by declaring war on their own country.  They were racists who fought to keep the institution of slavery.  It would have been catastrophic if they won and the great states that make up our nation would not have been united under GOD.  We would have been two countries instead of one.

There was another racist man who attempted to use white nationalism and pride to incite civil war and overthrow our government.  His name was Timothy McVeigh.  He, too, was a former soldier in the US army.  He no more deserves a metal or statue than Stonewall or Lee; for he represented the same ideology and hatred.  I was very disturbed when I found out that the great-grandson of Lee was removed as pastor of his church for denouncing his great-grandfather’s beliefs.  What true believer in CHRIST would celebrate traitors who thought it was okay to rape, murder and enslave an entire group of people???  I say tear those statues down and replace them with scriptures.  The LORD taught us not to worship idols and false gods.  Did we learn nothing from Exodus?  Were the Jews not punished for worshiping golden calf statues?  Those statues of former generals are symbols of evil just like that golden calf statue was.  They are false profits who attempted to lead this nation astray.  Well, that’s my history lesson for the day.

I love all of you very much.  I hope that you can see GOD working in me.  I certainly see Him working in you.  Please pray for me as I do for you.  I would like it very much if y’all could send me a group photo for my album.  I will be taking a picture this month myself and I will send you a copy shortly.  Thank you so much for your support.  May GOD bless and keep you all and if you ever need prayer, send me your request.

P.P.S.
[ If not for the LOVE of people like you
The world would be cold, hard and blue ]