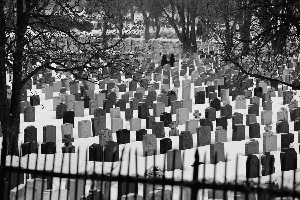 Dearly beloved:  May GOD’S grace, peace, love, mercy and protection be ever upon you.  I want to talk to you about an equal opportunity employer – DEATH!  Death knows no color, political association nor gender.  Death kills indiscriminately.  I was very troubled by the news that a young and attractive woman by the name of Justine Damond was gunned down by a police officer in Minnesota.  She was a white woman, but regardless of the color of her skin, her death matters every bit as much as anyone else. The bullets that pierced her flesh did not care whether or not she was white or black.  The country is stunned and for the first time in a long time people are beginning to realize that we are all at the mercy of the police.  Our crooked and broken system of law needs to change.  The chief of police resigned over the incident which is something that I have not seen in the cases of murdered black men.  Death knows no color, but people do.  And that hurts us as a society.  I found it both refreshing and encouraging that people of color spoke out about this tragedy and I pray that more will.  It is only when we are able to truly understand and empathize with one another that we can truly begin to heal as a people.  My country is so divided by hate and misunderstanding.  The vultures who are in power use that division to blind us to the truth.  It is only when we unite in love that we will triumph over hate.  GOD is LOVE and LOVE is GOD!!!  I don’t know what happened in Minnesota.  None of us do.  I pray that people reserve judgement against the officers involved.  Don’t be so quick to point fingers; For in so doing you could condemn an innocent man for an accidental death.  I am praying for officer Mohamed Noor and his family. END_OF_DOCUMENT_TOKEN_TO_BE_REPLACED 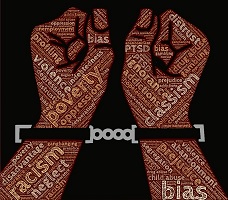 Dearly Beloved:
May God’s peace, love, joy and mercy be ever upon you.
Well, it has been a while since I have written you.  My apologies for that.  I have been troubled by my struggle.  I have just turned in my second appeal.  Since I cannot afford a lawyer, I had to do it myself.  My last lawyer betrayed me.  She purposely left things out of my last appeal to prevent me from bringing them up at my federal appeal.  I attempted to file my own response to the court so that I could preserve the issues, but she went behind my back and did it – thereby taking away any chance I had to preserve those issues.  She was appointed by the State.  My trial lawyer also failed me and purposely sabotaged my case.  It turns out he used to represent one of the victims and he is friends with the prosecutor.  Witnesses were tampered with, evidence is missing and the judge, William Anderson, refused to let a witness, who my co-defendant confessed to, testify.  His testimony would have had a major impact and could have led to me proving my case; yet William Anderson refused to let him speak.  He did, however, allow the State to present a witness who gave six different statements and originally said I had not had any involvement.  But, on the day the trial started, she now claimed she saw me with a gun, two years after her first statement.  The police had arrested her and forced her to testify.  She is a serious heroin user and was going through withdrawal.  The only way she could get out and get a “fix” was to say what the cops wanted her to say on the stand.  Of course, she was provided drugs and cigarettes the morning she testified.  Even with all that, William Anderson deemed her credible.  The witness that would have testified on my behalf is a credible federal witness who has provided viable and truthful information in at least one other case; yet Judge Anderson is clearly biased against me and now he will decide the appeal I just turned in. END_OF_DOCUMENT_TOKEN_TO_BE_REPLACED

A Letter To The President 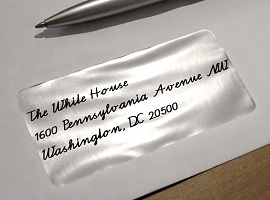 Dear Mr. Trump a.k.a. “The Donald”:
May God’s mercy, peace, truth and strength be ingrained on every fiber of your being.  May you seek and find His forgiveness and learn to follow His commandments.  Mr. Trump, I do not hate you nor mean you harm, sir.  I am neither your judge nor your jury.  From the beginning of your presidency, I have prayed for you and gave you the benefit of doubt because you are my president.  I have hoped that you would be a man of integrity and that you would bring justice, strength and prosperity to our great nation and the world.  In the beginning, during your candidacy, I took a hard stance against you.  I thought you to be a hate monger and a liar.  Though you claimed to be my brother in CHRIST, I was hesitant to accept your claim for it appeared to me that you are not in line with Christian values nor our founding principles given and commanded by the LORD our GOD.
Matthew 22:37-40  Jesus said to him, “‘You shall love the Lord your God with all your heart, with all your soul, and with all your mind.’ This is the first and great commandment.  And the second is like it: ‘You shall love your neighbor as yourself.’   On these two commandments hang all the Law and the Prophets.”
But, I could not judge you for the LORD reminded me of John 8:7 – “He who is without sin among you, let him throw a stone at her first.”
END_OF_DOCUMENT_TOKEN_TO_BE_REPLACED