Walk With The Redeemer 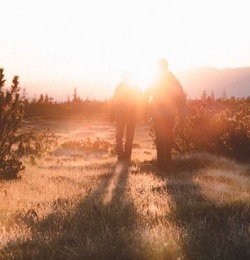 John 1:29  “The next day John saw Jesus coming toward him, and said, “Behold! The Lamb of God who takes away the sin of the world!”

Dearly Beloved:  May God’s grace, peace, mercy and redemption be ever upon you.  May you bask in the glory of the Lord for all eternity.

I remember what it was like being unsaved.  That was about four years ago.  Boy, what a confusing time it was.  I remember feeling so cold and lost.  Each day just dragged into the next.  I was always stressed out and worried.  I ran with sinners and lowlifes.  Thus, I was always paranoid that one of them would backstab me or cheat me.  Yes, sir, I remember like it was yesterday.  Often times, I didn’t live day by day, but from one drink to the next.  I remember not having a sense of direction, feeling like I was wandering aimlessly.  I remember the pain.  Lord knows, I was hurting so bad.  The pain was deep and excruciating.  I remember feeling like my only reason for being was to provide for my family and find ways to numb the pain.  I remember chasing false remedies.  I remember grasping at what I thought was a cure, only to find out it was nothing but a deep, dark pit – a vast expanse of nothingness and solitude – a cold dark place where once you were trapped, you felt as though there was no way out.  Every time you tried to escape it, the pit got deeper.  I remember how scary that was.  I remember how hopeless I felt.  I lost faith in everyone and everything – END_OF_DOCUMENT_TOKEN_TO_BE_REPLACED 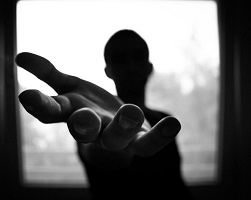 Dearly Beloved:  May God’s grace, power, love, peace and joy be ever present in your life.  That is my great hope for all of you.  You will notice a pattern in my recent posts.  I have been more evangelical as of late.  God has inspired me to plead with both the unsaved and His lost, wayward sheep.  I have been praying: “Lord, help me to reach them; give me the words, Father.”  My heart is burdened for you all.  This election has brought out the worst in many of my American countrymen and women.  I am seeing a great split and division in the church.  It is true that a lot of what we are seeing is nothing new, but never has it been so out in the open.  As I searched for answers, I went to the only place where they can truly be found, The Bible.  I read the sermon on the mount – Matthew chapters 5 thru 7.  I was drawn to it like a moth to flame.  It is there where the true fundamentals, essentials and principles of Christianity can be found.  It is there where no Christian, neither conservative nor liberal, can deny the Lord’s message to us all.  It is there that we can all agree despite our differing doctrines and denominational lines.  For it is there where our core values intertwine…or at least, they should!  It is in those verses of scripture that I believe we can be united and find common ground. END_OF_DOCUMENT_TOKEN_TO_BE_REPLACED

Separation From God = Death For Democracy 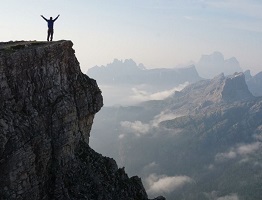 Philippians 2:14-16  “Do all things without complaining and disputing, that you may become blameless and harmless, children of God without fault in the midst of a crooked and perverse generation, among whom you shine as lights in the world, holding fast the word of life, so that I may rejoice in the day of Christ that I have not run in vain or labored in vain.”

Dearly Beloved:  May God’s grace, peace, wisdom and love be ever upon you.  Democracy in America is slowly dying as a result of our separation from God.  Do you know what communist countries have in common?  They are by and large atheist.  Because of that, they are far more restrictive.  You see, absent a faith in God, it has been shown that mankind is more likely to be immoral and thus more likely to be unlawful.  Freedom without morality leads to chaos.  When man has faith and a sense that God is watching, we are more likely to be moral and law abiding without the need of a restrictive government.  America has endured for centuries due to the fact that we were by and large a Christian nation.  That is now changing.  As more and more of our citizens deny God, we are becoming more chaotic and thus our freedom is being stripped from us as our government tighten its grip on us.  We are on the verge of imploding. END_OF_DOCUMENT_TOKEN_TO_BE_REPLACED

Now Is The Time 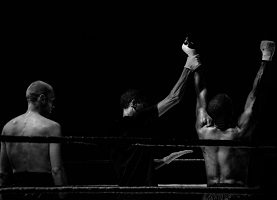 Mark 16:16  He who believes and is baptized will be saved; but he who does not believe will be condemned.

Dearly Beloved:  May God’s grace, blessings, love, peace, wisdom, mercy, and most importantly, salvation be ever upon you.  For all of you out there who have not made the most important decision you will ever make – NOW IS THE TIME!!!  It is time to choose JESUS.  You can’t afford to keep stalling and being indecisive.

Let me tell you a story.  When I was a kid, I loved boxing.  I watched it faithfully with my dad.  I always wanted to make my dad proud and I knew how much he loved boxing; so, at the age of twelve, I went to a gym and started training to be a fighter.  I was devoted.  I trained hard.  My trainer started taking me to fights.  He, himself, was a pro fighter at the time.  I trained and sparred for four years until I started to see an ugly truth: boxing is rigged, for the most part.  I am not knocking the greats.  They were indeed truly greats, but what I came to see is that if you yourself were not especially talented, you were little more than a prop for those who are.  You see, in boxing, mediocre fighters are pitted against talent-less fighters in order to boost their ratings and make them look like contenders.  And, when they are ranked high enough, they are then put in the ring with a monster who they stand no chance against.  Bets are placed, insiders who set up the fights make money hand over fist and most of the fans are none the wiser. END_OF_DOCUMENT_TOKEN_TO_BE_REPLACED

Do Not Return Evil For Evil 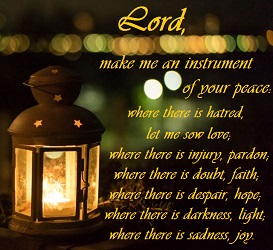 I Peter 3:8-9  “Finally, all of you be of one mind, having compassion for one another; love as brothers, be tenderhearted, be courteous; not returning evil for evil or reviling for reviling, but on the contrary blessing, knowing that you were called to this, that you may inherit a blessing.“

Dearly Beloved: May God’s grace, peace, mercy and tolerance be ever upon you.  The past four days have been difficult.  The prison that I am in is one of the most oppressive in Massachusetts – second only to D.D.U. (Disciplinary Detention Unit) where men are kept in solitary for as many as 10 years.  Recently, Channel 5 News in Massachusetts did a story about drugs being smuggled into this prison.  They focused on the visitors who smuggled drugs, but of course failed to mention the guards.  Just last month, a large alleged smuggling ring, which was allegedly headed by an officer, was busted.  That was kept silent and never made the news.  After the news aired, the story about drug smuggling visitors (which, by the way, only make up about 5% of all visitors), the oppressive totalitarian administration here has decided to try and make all visits non-contact.  That means that the 90 to 95% of visitors who do not smuggle drugs will have to suffer for the few that do.  In an act of protest, the kitchen workers refused to go to work.  That is maybe 30 men out of 1000. As a result, the whole prison has been locked down for 24 hours a day.  That is mass punishment and it is illegal under the U.S. Constitution.  The prison is flexing it’s muscle and as per usual, it is overreacting.  By the way, there are no new policies to curb officers from smuggling drugs.  In fact, it seems to me, in my opinion, that the timing of the visitor news story was designed to draw attention away from the guards smuggling drugs in.  This is all political and we inmates suffer over the games played by the administration. END_OF_DOCUMENT_TOKEN_TO_BE_REPLACED