Remember Him, Serve Him, Love Him 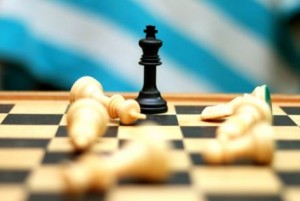 John 3:16-18  “For God so loved the world that He gave His only begotten Son, that whoever believes in Him should not perish but have everlasting life.  For God did not send His Son into the world to condemn the world, but that the world through Him might be saved.  He who believes in Him is not condemned; but he who does not believe is condemned already, because he has not believed in the name of the only begotten Son of God.”

Dear Beloved Friends,
Greetings, love, peace, joy and blessings to you.  Today is Good Friday (or so they say).  We truly don’t know exactly when Jesus died.  The dates we celebrate Easter on are actually pagan dates.  The reasons why we have an Easter bunny and eggs with color is because these are pagan tradition having to do with fertility.  I make mention of this every year as a reminder because I want you to realize how important it is to give all glory to Jesus and not to fairy tales.  I want you to make sure you are worshiping God and not false pagan idols.  I meditate on what the Lord has done for us every day and I thank Him daily.  We must constantly be aware of His sacrifice for us.  Thank you, Jesus!  Praise your name, Lord!  Amen and Amen!

I am adapting well to my new surroundings.  I am doing my best to spread the Gospel.  I have a new Bible study partner named Nick.  He is such a broken man – just the kind the Lord loves to grab hold of and transform.  We sat down to play a game of chess with one another and I knew right away that the Lord sent him to me.  Now, I’m no grand-master by any means, but I can play a decent game.  Nick and I chatted about his history.  He told me that he wants to change his life, but he doesn’t know how.   END_OF_DOCUMENT_TOKEN_TO_BE_REPLACED

Take Jesus With You Everywhere You Go 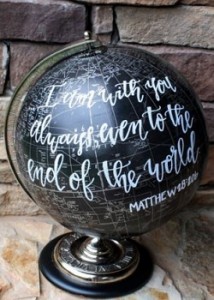 Matthew 28:19-20  Go therefore and make disciples of all the nations, baptizing them in the name of the Father and of the Son and of the Holy Spirit, teaching them to observe all things that I have commanded you; and lo, I am with you always, even to the end of the age.” Amen.

Dear Friends,  May God’s peace, love and joy be ever upon you.  I have been moved to Massachusetts.  I already miss my brothers and sisters in Christ from Maine.  My work for the Lord in Maine is done for now.  The Lord achieved victory there and now I must move on to do His work wherever He calls me.  It is very strange to be in new surroundings.  After 3+ years in Maine, it is a bit of a culture shock.  I am finally out of segregation.  Though solitary confinement wore on me some, it also gave me a chance to draw nearer to the Lord.  I learned to trust in Him with all of my heart and soul.  It was Jesus who sustained me through it all.  He strengthened me and taught me never to give up.  He gave me peace and prepared me to face the upcoming battles ahead.  Right now, I am in a classification prison, but I will soon be sent to a prison which is three times the size of Maine State Prison.  After seven and a half months of solitary, it is very strange to be out of my cell and around so many people.  The cell block I am in houses 50 men.  It is not easy to adjust.  In many ways, I am still in solitude as I have found it more comforting to be alone presently.  There is a church service tonight and I am looking forward to communing with other Christians.  Unlike the persecution I faced at M.S.P., here in Massachusetts, church is a sacred institution and is a mandatory part of all prisons.  They would never have banned my pastor from seeing me, nor would they have punished me for writing about Jesus on this site.  I am sure, though, that I will surely face other forms of persecution.  I fear not – for the Lord is with me.  He has plans for me that no one can stop – for who can defeat the Lord?  When I entered the transport van that brought me here, the radio was on and as we exited through the gates of Maine State Prison, the song “We Are The Champions” was playing.  I could not help but smile.  It was so fitting.  I pointed my shackled hands toward the sky and said, “Yes, we are the champions, Lord, by your grace alone Father, by your grace alone.”  Jesus once again reminded me that He is with me and that I am doing His will. END_OF_DOCUMENT_TOKEN_TO_BE_REPLACED

Victory In The Name Of Jesus 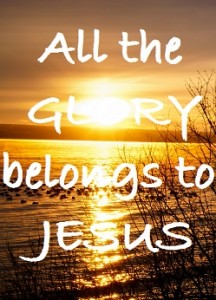 Matthew 10:24-34  “A disciple is not above his teacher, nor a servant above his master. It is enough for a disciple that he be like his teacher, and a servant like his master. If they have called the master of the house Beelzebub, how much more will they call those of his household! Therefore do not fear them. For there is nothing covered that will not be revealed, and hidden that will not be known. “Whatever I tell you in the dark, speak in the light; and what you hear in the ear, preach on the housetops. And do not fear those who kill the body but cannot kill the soul. But rather fear Him who is able to destroy both soul and body in hell. Are not two sparrows sold for a copper coin? And not one of them falls to the ground apart from your Father’s will. But the very hairs of your head are all numbered. Do not fear therefore; you are of more value than many sparrows. “Therefore whoever confesses Me before men, him I will also confess before My Father who is in heaven. But whoever denies Me before men, him I will also deny before My Father who is in heaven.  “Do not think that I came to bring peace on earth. I did not come to bring peace but a sword.”

Dear Friends,
Glory, Glory, Hallelujah!  Glory, Glory, Hallelujah!  In the name of the Almighty God, the King of kings and the Lord of lords; In the name of His Majesty, His Excellency, the undisputed heavy weight champion of not only the world, but the entirety of all creation; In the name of the undefeated, most holy, most high, most exalted, the purest and truest Light that ever has or ever will exist – JESUS CHRIST OUR LORD – I claim victory.  Hallelujah!  Praise His Name!  Amen!  By the power of Christ the King, we have defeated the M.D.O.C., the crooked A.G.’s office, all the haters out there and, most importantly, satan.  Hallelujah!  GLORY TO GOD!

My dearest and beloved brothers and sisters, it is truly my honor to report to you, that due to the power of Jesus Christ and the strength that He gave us to endure and persevere, the crooked A.G.’s office of the State of Maine and equally crooked M.D.O.C. accepted defeat and changed their unjust, unholy and unconstitutional rules which banned prisoners from posting online, publishing under a byline or acting as a reporter.  I promised you back in June that no matter what they did to me, I would defend Christ and continue writing.  It has been such a long battle.  I have now spent over seven months in solitary confinement.   END_OF_DOCUMENT_TOKEN_TO_BE_REPLACED