Victory In The Name Of Jesus 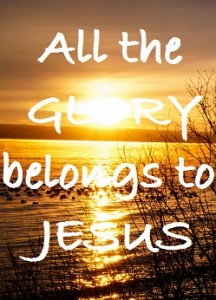 Matthew 10:24-34  “A disciple is not above his teacher, nor a servant above his master. It is enough for a disciple that he be like his teacher, and a servant like his master. If they have called the master of the house Beelzebub, how much more will they call those of his household! Therefore do not fear them. For there is nothing covered that will not be revealed, and hidden that will not be known. “Whatever I tell you in the dark, speak in the light; and what you hear in the ear, preach on the housetops. And do not fear those who kill the body but cannot kill the soul. But rather fear Him who is able to destroy both soul and body in hell. Are not two sparrows sold for a copper coin? And not one of them falls to the ground apart from your Father’s will. But the very hairs of your head are all numbered. Do not fear therefore; you are of more value than many sparrows. “Therefore whoever confesses Me before men, him I will also confess before My Father who is in heaven. But whoever denies Me before men, him I will also deny before My Father who is in heaven.  “Do not think that I came to bring peace on earth. I did not come to bring peace but a sword.”

Dear Friends,
Glory, Glory, Hallelujah!  Glory, Glory, Hallelujah!  In the name of the Almighty God, the King of kings and the Lord of lords; In the name of His Majesty, His Excellency, the undisputed heavy weight champion of not only the world, but the entirety of all creation; In the name of the undefeated, most holy, most high, most exalted, the purest and truest Light that ever has or ever will exist – JESUS CHRIST OUR LORD – I claim victory.  Hallelujah!  Praise His Name!  Amen!  By the power of Christ the King, we have defeated the M.D.O.C., the crooked A.G.’s office, all the haters out there and, most importantly, satan.  Hallelujah!  GLORY TO GOD!

My dearest and beloved brothers and sisters, it is truly my honor to report to you, that due to the power of Jesus Christ and the strength that He gave us to endure and persevere, the crooked A.G.’s office of the State of Maine and equally crooked M.D.O.C. accepted defeat and changed their unjust, unholy and unconstitutional rules which banned prisoners from posting online, publishing under a byline or acting as a reporter.  I promised you back in June that no matter what they did to me, I would defend Christ and continue writing.  It has been such a long battle.  I have now spent over seven months in solitary confinement.  I was denied visits with my pastor, mentor, brother and dear friend, Tom Shuford and his wife [who is equally dear to me], Terry Shuford.  I was also denied access to any religious services.  I was harassed.  I was fined and disciplined.  As of this writing, I am still in solitary and still being harassed, but by the encouragement and strength of God, I still endure.  Hallelujah!  Praise Jesus!  By the grace of God, I was the only inmate who refused to strop writing; the only one who did not tremble from fear of retaliation.  But, I deserve none of the credit, for I could never have done so without JESUS.

We want to thank all of you who have stood by our side throughout all of this.  We want to thank you for your prayers which brought us much needed strength and encouragement during a very grueling and stressful trial.  We give all glory to God as we thank you for being His vessels.  The media has given false credit to others.  While I am thankful to M.P.A.C. and the A.C.L.U. of Maine for speaking out for the constitutional rights of prisoners at the public hearing in October, the media refuses to acknowledge that it was the article written about this site by Judy Harrison back in June in the BDN which ignited this battle.  They refuse to acknowledge that the prison persecuted our Christian faith.  They refuse to acknowledge that Jesus used a trio of misfits, who the world would consider very unlikely to win:  A colored man in prison who used to deal drugs, but is now born again – a crippled southern baptist preacher who shouldn’t even be alive, but is – and a shy, meek woman who no one would have expected to have enough courage, but did – all thanks to Jesus to defeat the big bad Maine government; for there is no one big enough or bad enough to defeat Christ.  They don’t want to acknowledge that this here is a modern day David and Goliath story.  They don’t want to acknowledge any of it.  They’d rather spin the story in another direction and sweep all that under the rug.  And, do you know why?  Because then they would have to admit that there is a God; that He is all-powerful.  Because, make no mistake about it folks, what has taken place here is nothing short of a miracle.

Personally, neither I nor my comrades want or need any credit, but we do want the world to know the truth.  The truth is that this victory belongs to Jesus Christ.  They can deny and divert all they want, but we who are Christian know the truth.  They don’t want the world to know the truth because the only explanation for what has happened and is happening is JESUS CHRIST!  They can lie, but the record won’t lie.  You need only follow the news stories from June to the present, the posts I wrote in that time, and look at the discipline and sanctions that I received and grievances that I filed, to know the truth.  The evidence is all there.  And, there can be only one conclusion when you tally it and that is: victory belongs to JESUS CHRIST.