Faith Shall Conquer Any Storm

Matthew 8:23-27  Now when He got into a boat, His disciples followed Him.  And suddenly a great tempest arose on the sea, so that the boat was covered with the waves. But He was asleep.  Then His disciples came to Him and awoke Him, saying, “Lord, save us! We are perishing!”  But He said to them, “Why are you fearful, O you of little faith?” Then He arose and rebuked the winds and the sea, and there was a great calm.  So the men marveled, saying, “Who can this be, that even the winds and the sea obey Him?” 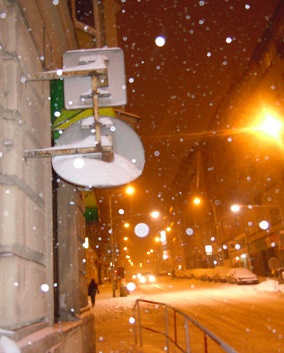 Even the most solid Christians have their faith shaken from time to time. Such is part of the human condition.  Jesus never feared, for His faith was perfect.  The apostles walked with the Lord on earth.  They witnessed countless miracles; yet even they were shaken from time to time.  The Lord always comforted them and restored their faith.  And, after His resurrection, they were doubtless.  In fact, all but one died horrible deaths because they refused to renounce their belief in Christ.  They had pure faith.  Praise God.  I tell you, my brothers and sisters, that we can have that same faith.  I know that if I were to be asked to renounce my Lord or die, I would choose death.  If the State offered me my freedom in exchange for denying Jesus Christ, I would refuse it. END_OF_DOCUMENT_TOKEN_TO_BE_REPLACED

“What Do You Know About Me???” by Randal S Aube

I Samuel 16:7  But the Lord said to Samuel, “Do not look at his appearance or at his physical stature, because I have refused him. For the Lord does not see as man sees; for man looks at the outward appearance, but the Lord looks at the heart.”

WHAT DO YOU KNOW ABOUT ME???

We Still Have A Dream 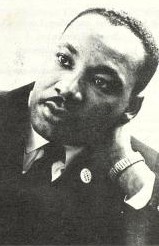 The Lord chooses people to do His mighty works.  Martin Luther King was one of His chosen.  God gave him a dream and that dream did not die with him.  It lives on within the soft-hearted people in this world.  The dream that our Lord gave to Martin Luther King has yet to be fully realized and as I sit here in my cell, a persecuted colored man, I don’t know if it ever will fully come to fruition until my Lord Jesus makes His triumphant return.  We have come such a long way in some ways; but in others – such as our legal system – we haven’t made many strides.  Unless we all truly accept Jesus and His teachings, we will always be at odds in this world.  Dr. King had Christ in his heart.  He had hope and faith because he believed in the redeeming salvation of Jesus Christ.  He knew he faced almost certain death, yet he fearlessly soldiered on.  And like many a disciple before him, he died in service to the Lord.  The message he carried was one of peace and love, one of togetherness and brotherhood. He had a message of hope and freedom, of unity and strength.  The message he carried is divine, for it is the gospel of Jesus Christ.   END_OF_DOCUMENT_TOKEN_TO_BE_REPLACED 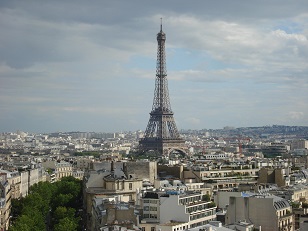 Dear Readers / Fellow Citizens:
I want to offer my condolences to our readers in France and to the french nation as a whole.  I also want to offer my thoughts and prayers to our brothers and sisters in Ukraine, as well as all nations whom are experiencing conflict.  Let me also apologize for the tardiness of this post.  I had originally written this post on 1/11, however after conferring with my colleagues, the decision was made to rewrite it.  You see, I allowed my political views as well as my worldly views to cloud the true message here.  It is very important that we separate the two.  As a Christian, I know and understand that God’s freedom is the freedom from sin.  He also gave man the freedom of choice with the hopes that man would make the right choice.  He allowed us to govern ourselves. END_OF_DOCUMENT_TOKEN_TO_BE_REPLACED

Dear Readers:
Happy New Year, readers.  I pray all is well with you.  New years are synonymous with new beginnings.  This is a time for resolutions.  My New Year’s resolution is to totally eradicate cursing from my speech.  Also – and most importantly – I want to do better with managing my frustration.  Mark 7:15 says “There is nothing that enters a man from outside which can defile him; but the things which come out of him, those are the things that defile a man.”   That is something I really have to remember – we all should.  I am not a perfect man; none of us are.  Lately I have had a problem with people shouting, “Nigger!” and other foul obscenities when I pass their cell blocks.  It hurts.  Usually, I ignore it and keep moving, but lately it has caused me some stress.  Admittedly, I have allowed it to disrupt my peace.  I was persecuted during my trial because of my color.   END_OF_DOCUMENT_TOKEN_TO_BE_REPLACED