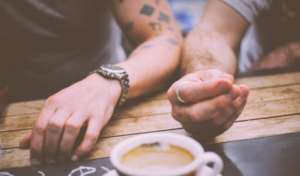 Proverbs 27:5-6  Open rebuke is better than love carefully concealed.  Faithful are the wounds of a friend, but the kisses of an enemy are deceitful.

Dear Friends,  Peace, love, grace and the joy of Christ be upon you.  I want to ask you all to please pray for my dear brother, pastor, friend and mentor, Tom Shuford.  Tom has been in and out of the hospital lately.  Both Tom and those of us who love him so dearly could really use your prayers as this is very hard on all of us.  The above passage is very, very deep and as I have been sitting and praying for Tom, I realize how much it relates to he and I.  You see, Tom has always rebuked me, but it has always been non-judgmental and out of love.  And, only when I truly needed it.  I am so grateful for that.  You see, my old group of so-called friends rarely did that.  The ones who truly loved me did and my family did, but people that I associated with that were criminals never did, nor did my frienemies.  You know, the ones pretend to love you, but really hate you and want to see you fail.  Those types encouraged my poor choices.  Most used me for their own personal gain and discarded me when I had no more value to them.  Not a single one has ever written me or showed any love; Nor am I complaining.  You know the old adage: “With friends like that, who needs enemies?”  Only the ones who truly love me have been here for me.  Chief among them is Jesus.  He has never left or forsaken me.  And, He has put people like Tom in my life to remind me of that fact.  The people who truly love me have all given me rebukes from time to time.  They all try to prevent me from falling away from grace.

Now, for those of you who don’t know what rebuke is, allow me to explain.  Rebuke is when you, non-judgmentally and without being self-righteous, point out the err of someone else’s ways.  It is done out of caring and with the hope that that person will see the error and correct it, atone for it and ask forgiveness from God.  Now, some of you might be asking, “Well, why should I get involved in someone else’s problem?  Let them deal with their own issues.  I have my own problems.”  And, therein lies one of our biggest problems in our society.  The selfish need to only take care of ourselves.  There are several answers as to why we should get involved.  The two primary reasons are: (1) We need to love God with all of our heart, soul and mind. (2) We need to love our neighbors as ourselves.  But also, other people’s bad choices affect all of us.  Did you ever hear the saying: “It takes a village to raise a child?”  There is a lot to that.  A lot of people complain about the state of the world, but what are they doing about it?  I hear a whole lot of talking, but I see very little action as if our hands are clean if we are not the ones causing calamity.  Phooey, nonsense, poppycock!

Let me ask you this… If you know that someone is going to take their own life and you just stand there and watch them, are you not in some way responsible for their death?  I remember reading about a case in New York that happened back in the sixties.  A young waitress was on her way home from work.  She was on a well lit street.  There were several people about.  She was attacked by a depraved man in front of dozens of witnesses.  No one helped her.  That man stabbed her to death.  Upon reading it, I was sick to my stomach.  And, then I realized that most of society are just like those people who watched that woman die.  They do nothing!  “Oh, but it’s a tragedy.”, they say.  “The police need to do something to make our streets safer.”, they gripe.  It never occurs to them that they themselves could have saved that woman.  Everybody shifts the blame.  Do you know why we have 2.6 million people in prison here in America?  Because the people demand vengeance.  You see, those same people who stood by and watched that woman die had no problem telling the police what they saw.  They had no problem testifying and screaming for the death penalty – Not at all!  But, make her problem their problem by preventing her killer from murdering her?  Why, the very notion is absurd to them.  Even more preposterous, is helping the man who killed her before he got to that point.  How many people saw the path that he was on and did nothing?

We cannot save the world and that’s the truth.  That is a statistical and biblical fact.  But, we can make it better.  “How”, you ask?  By making it S.A.N.E.  That is to say, a Structured And Nurturing Environment.  Right now it is rather I.N.S.A.N.E. meaning Is Not a Structured And Nurturing Environment – which is another reason we have 2.6 million people in prison.  Our prison system itself is I.N.S.A.N.E. which is why so many people return.  Humans thrive in a structured and nurturing environment.  God created us to be communal for a reason.  Because it makes better, stronger, more loving people.  Because at the end of the day it is all about Love.  Isn’t it?  Isn’t that they key to a Structured And Nurturing Environment?  Is love not the key to sanity…period?  Do we not all crave it?  And, what is Love if not God?  Those that understand that God is love and love others with that knowledge in our minds, live hopeful, joyful, productive and purposeful lives.  Those that do not, wander aimlessly in search of a reason for being.  Unfortunately, there are more who do not understand than do.  And, thus the world is what it is.

We who have knowledge must teach and rebuke.  We must take a responsible approach to the world.  We must do so in the name of God with love and affection.  I love you, and so, if you are one who is complacent, one who complains, but does nothing… then, I REBUKE you in the name of JESUS CHRIST OUR LORD.  And, I challenge you to make an effort to better yourself and your neighbor.  Stand up; don’t stand by.  You never know what even the smallest gesture of love might produce.  It might be a five or even ten minute conversation with someone out of love that might prevent ruin and calamity.  You never know how much of a positive effect your actions may have on yourself, your community and the world.  And, you never will unless you try, try and try again – never ever giving up hope all the while.  Let no true follower of Christ say, “It’s not my problem.”, when it comes to his neighbors.

May God bless and keep you!  May you strive to make a S.A.N.E. world!  May you learn the power of a good rebuke whether it is given or received!
Love in Christ,
Randall
(A man who rebukes because he cares)