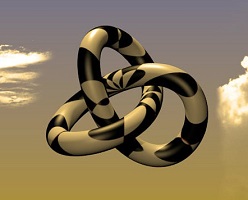 Dear Readers:  May God’s grace, peace, love, joy and ultimate truth be ever upon you.  I would like to start by giving my condolences to the families and victims of the mass shooting which took place at the Fort Lauderdale, Florida airport.  My thoughts and prayers are with you as well as the shooter and his family. GOD loves all and hates not one.  We are meant to emulate the LORD.  Though I find that man’s actions disgusting, deplorable and dastardly, I must also show God’s compassion.  Living through what I have lived through causes great pain.  Every time I see or hear about another mass shooting, it hits home for me. As a wrongfully convicted survivor of gun violence, I am deeply affected by senseless and heartless violence. When one witnesses such, it never leaves your mind. I am plagued by nightmares caused by PTSD.  Thus, I can empathize with others who have had deeply traumatic experiences.  I can tell you that faith in GOD is what drives me and helps me function.  I suggest that any survivors out there submerse themselves in the Word of God.  Without the Lord, I would have lost my sanity long ago.  Trust in Him and someday you will find peace.

I read the statements by Dyllon Roof.  He is the man who slaughtered innocent Christians in South Carolina.  Those statements were gut-wrenching, heartless and cold.  That young man is inhabited by Satan.  You need only read what he said to come to that conclusion.  Satan is a very cunning liar.  He is adept at manipulation.  He has had thousands of years to hone his craft.  He blindfolds people and mystifies us with confusion and illusion. He convinced Dyllon Roof that his actions were noble and that he was a champion of racial war.  He convinced him that only white people matter.  He convinced him that he was a hero.  He did the same in Florida, he has done the same with ISIS and he will continue spreading confusion
and illusion as long as there are willful, sinful suckers looking for a false sense of superiority and duty.  A man who stands for nothing will fall for anything.  Satan has infiltrated every facet of our lives.  Only the LOVE of GOD can safeguard us from satan’s relentless attacks.  Anger, pain, longing and loneliness are all invitations for evil.  That’s how darkness gets its foot in the door of the human heart and mind.  I don’t even want to imagine where I would be without my faith in God.  I cannot bare the thought.  By the grace and mercy of God, I don’t have to.

Let me lay out an example of the confusion and illusion of the devil.  I had a very intellectual debate a few days ago with my Russian friend, Zinov.  He is a very intelligent young man and I enjoy our lively discussions.  We have a mutual respect of one another.  So, there we were, discussing evolutionary theory.  I, of course, am a creationist – meaning, I believe in the fact of creation and not the illusion of the theory of evolution.  Young Zinov is on the fence and in search of truth.  He has even entertained the theory that humans were created by supremely evolved aliens.  “You are not that far off, my friend.”, I said.  “We were indeed created by a supreme being.  His name is GOD.”  We then discussed the ridiculous claims made by Darwin.  I explained that we could not have evolved from apes.  Have any of you ever heard of a Zorse?  That is a cross between a horse and a zebra. How about a liger?  That’s a cross between a lion and a tiger.  There are wolf dog hybrids and many other animal mixes.  That is because even though those animals are different, they are still of the same species.  Do you know what will not mix?  A man and an ape.  It has been tried.  Can’t be done.  After some research, my dear friend had to agree with me.  Evolutionary theory is a massive illusion meant to cause confusion and turn our eyes away from GOD.  It has been around for hundreds of years and yet cannot be proven.  That’s because its not real.  It will never be proven.  There are too many holes in it.  It’s a scam meant to rob us of the truth and keep us from the saving grace of God.  God uses people like me to educate the blind.  I planted seeds in my young friend’s mind and I hope in yours too.

I am nobody special.  I am just a messenger.   And, I have a message for all of the lost souls who are reading this right now.  It is time to take off your blindfolds.  It is time to accept the truth. You can’t see the truth as long as you are living in darkness.  If you are ready to stop living a lie; If you are tired of living in confusion and illusion; then repeat the following prayer:
“Dear Jesus, I know that because of my sin I need Your forgiveness.  I believe that You died on the cross for my sins.  I believe You rose again so I could live with You.  I want to stop living for myself and start living for You.  I want Your peace in my life. I want forgiveness for my sins.  Please come into my heart and change my life.  I want to live with You forever.  I want You to be my Lord and Savior.  In Jesus’ name.  Amen.”
If you said it and you meant it, then you are my brother or sister in Christ and I welcome you to the light.  Please contact us so we can guide you on the path to glory.  Until next time, my friends, remember that I love all of you – even those who hate me in return.
May God bless and keep you!  May you step into the light!  May you shed the chains of illusion and confusion!
Love in Christ,
Randall
(A man who is no longer blinded by the devil)