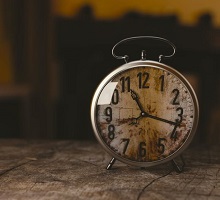 Dearly Beloved:  Well, the election is finally over.  My predictions were wrong as were many people’s.  I know that some of you are very frightened.  A very radical change has taken place.  As I have stated before, I don’t like either of the candidates.  That being said, as an American, I will support my President, flawed as he may be.
I am reminded of I Samuel 8:7-9
“And the Lord said unto Samuel, Hearken unto the voice of the people in all that they say unto thee: for they have not rejected thee, but they have rejected me, that I should not reign over them.  According to all the works which they have done since the day that I brought them up out of Egypt even unto this day, wherewith they have forsaken me, and served other gods, so do they also unto thee.  Now therefore hearken unto their voice: howbeit yet protest solemnly unto them, and shew them the manner of the king that shall reign over them.”  The people have spoken and their voices have been heard by God.  Just like the Israelites, the people have been given the king that they wanted. END_OF_DOCUMENT_TOKEN_TO_BE_REPLACED