And why not say, “Let us do evil that good may come”?—as we are slanderously reported and as some affirm that we say. Their condemnation is just.  What then? Are we better than they? Not at all. For we have previously charged both Jews and Greeks that they are all under sin. 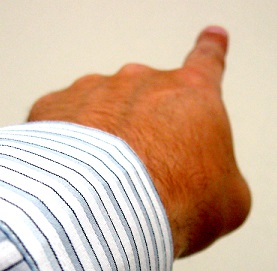 As it is written:  “There is none righteous, no, not one; There is none who understands; There is none who seeks after God. They have all turned aside; They have together become unprofitable; There is none who does good, no, not one.”
“Their throat is an open tomb; With their tongues they have practiced deceit”; “The poison of asps is under their lips”; “Whose mouth is full of cursing and bitterness.”  “Their feet are swift to shed blood; Destruction and misery are in their ways; And the way of peace they have not known.” “There is no fear of God before their eyes.”
Now we know that whatever the law says, it says to those who are under the law, that every mouth may be stopped, and all the world may become guilty before God.

Let us ask ourselves a question.  Who are we to judge?  Is any man’s sin greater than anothers? Are we not all flesh?  We live in a world which is increasingly becoming more and more competitive and judgmental.  A lot of people spend their lives trying to keep up with the Joneses. Those who cannot compete are quickly labeled as losers.  The stress and pressure placed on our young people causes many of them to feel worthless.  They often turn to drugs and alcohol to numb the pain of being an outcast.  Some turn to criminality and violence in order to rebel against a system where they feel they don’t fit in.  Society is quick to point out flaws in people. We are not called to judge, but most of us do.  My father used to say, “It’s always the guilty ones who point their fingers.”  I believe that Love can cure our society.  How about we point out strengths instead of weaknesses?  How about we praise one another when we do right?
Love is the answer and God is Love!  Amen!